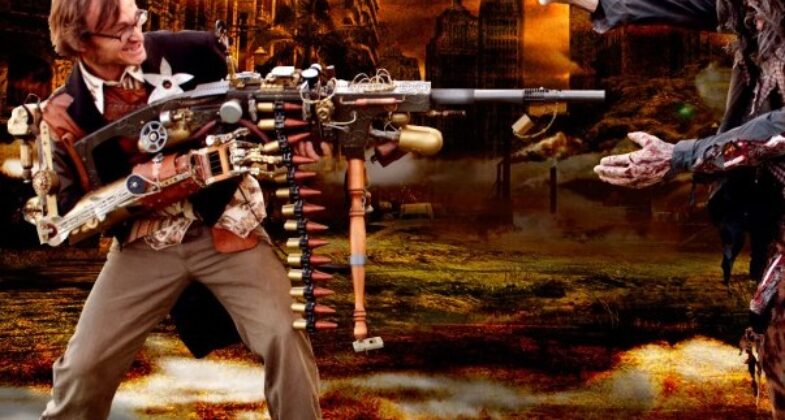 “Professor Peabodys Curious Contrivance” is a steampunk Arm by Craig Laurendet, worn at Lithgow Ironfest in 2012 and a number of other events. It was winner of a Blue Mountains City Council Waste to Art Award in 2010.

Designed and built by Craig Laurendet in early 2010, this Mechanical Arm is part costume, part kinetic sculpture, and is a fully functional extension of a human arm.  It is composed of 99% recylced material, and almost entirely of objects found in Katoomba’s Annual Clean Up, including old phone dials, printer/ fax parts, timber scraps, bike parts and old tools. This device uses the mechanics of the human physiology to drive the cogs, dynamos and gears, to functionally extend the fingers, and can be used as both a tool and as a form of human physical expression via interactive mechanics.